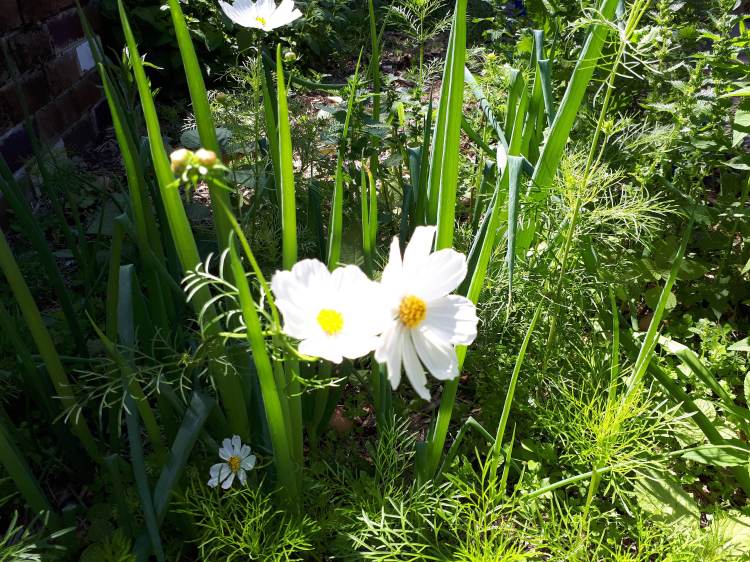 As soon as the sign of spring arrived, I bought a punnet of shallot seedlings and planted them in my garden.  Those seedlings were very thin, like needles, and feeble.  I made holes for them first, then placed each seedling in the hole, and then, put the soil back in with great care.  Finally, I watered the seedlings with water, again, with great care.  If I didn’t water them carefully, the seedlings looked as if they would drown and break into pieces.

One fine and breezy morning, I looked at my garden, again.  There were shallots, appearing like a collection of green swords trying to reach to the sky, and white cosmos wearing a robe of green feathers.  Green swords and green feathers… I was lost in admiration of the beauty of the contrast of them in the corner of my garden.